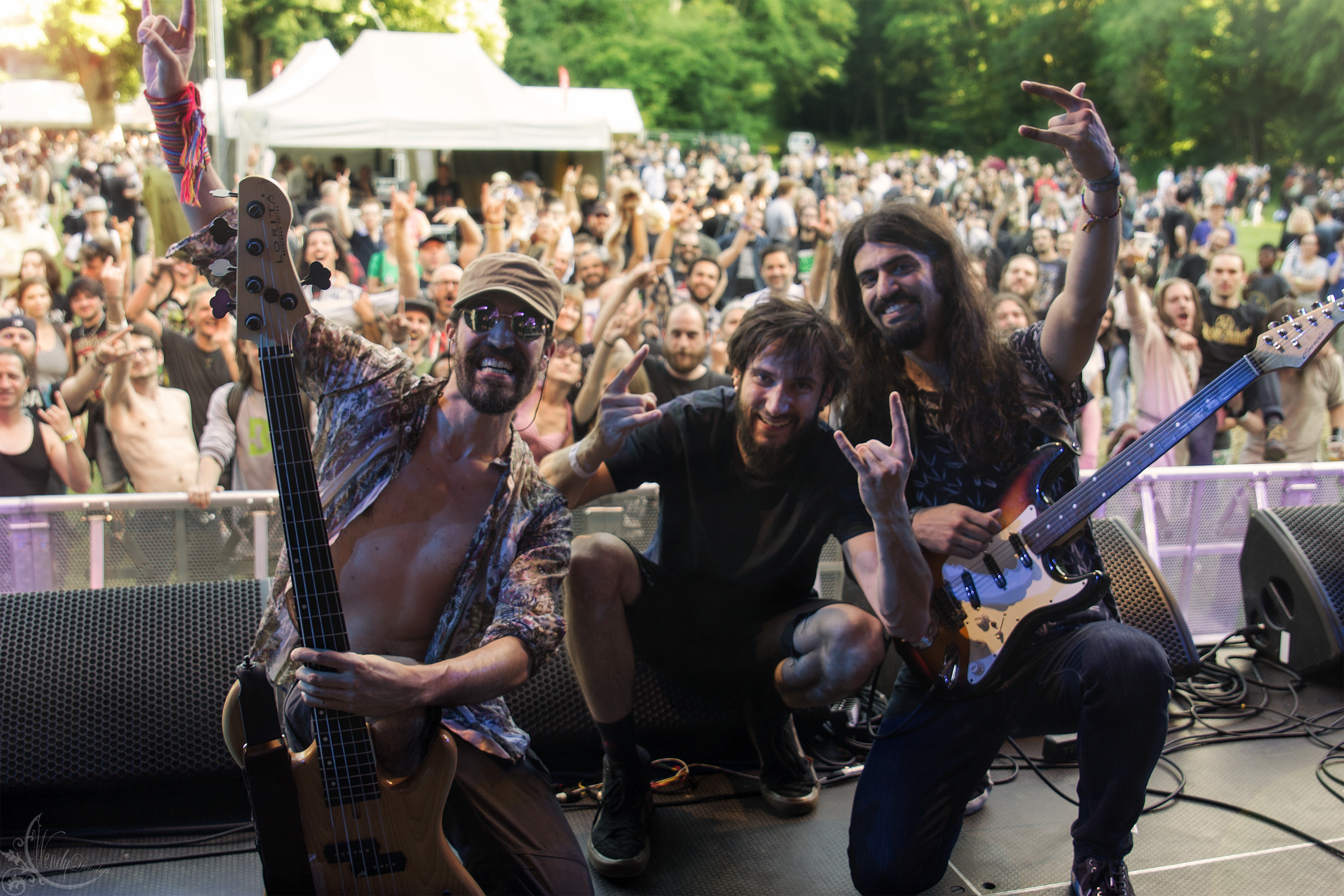 Fat Bald Turk is an oriental rock band founded in Metz in 2015, now based in Paris, their style is – as they describe it – rock & ethnic music. Very eclectic , combining rock riffs with traditional oriental and latin rhythms from where the musicians’ origins meet each other; Turkish, Colombian and French.

This trio was born after a jam session, the groove was felt immediately.
First studio session and take off! They composed without waiting. They made their first concert after only a month and a half.

“Encantado”  released in 2016, a compendium composed of progressive rock, latin and oriental rhythms, Fat Bald Turk is not recognized in a musical genre maybe but marks his style.

The new album, “Galactic Refugee”, released in June 2018 with eight tracks, tells the crazy story of an astronaut forced to leave the Earth to find asylum on another planet. The time of his journey life on Earth is deteriorating, the media pushes to madness, pop stars spreading with their nonsense content… Through his ‘stellar exile’  we get a different look at the humanity: the politics, people dreaming of freedom, looking for a better solution, a revolution is necessary.
Under its powerful riffs, as an invitation to travel, Galactic Refugee offers us a dance through time.

Check out their videos, music and merch.